Collaboration between Israeli researchers and a Portuguese recycling company to develop a novel solution to the problem of disposable plastic.

Every year, more than 300 million tons of plastic are produced worldwide, and around half of the produced materials are designed for single-use purposes. 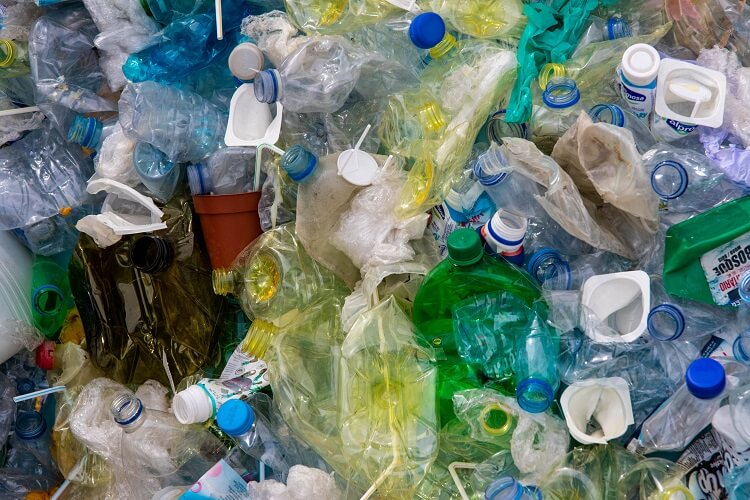 In fact, more plastic has been produced over the last decade than throughout the whole last century. Its inexpensive cost, its rigid and flexible properties, and its wide versatility have facilitated and normalized a culture conditioned to waste, thereby degrading and polluting the environment.

Thus far, mechanical and chemical recycling have been the default responses to deal with plastic in its end-of-life stages. However, while popular methods like heat compression (thermo-mechanical recycling) can recycle all forms of plastic, they are energy intensive and can impair the integrity of the polymer molecules before being shipped to third-party manufacturing companies for alternative uses.

Researchers from Ben-Gurion University of the Negev are looking into biodegradation by bacteria — a simpler and more environmentally friendly way to break down and recycle PET (polyethylene terephthalate), the most common type of plastic in food and beverage packaging and textile products.

In November, 2020, a research collaboration agreement was signed between BGN Technologies, the technology company of Ben-Gurion University and Portuguese company Ecoibéria as part of a one-year project to study and demonstrate the effectiveness of bacterial biodegradation of PET.

The results of the joint study may streamline the presently cumbersome plastic recycling process used today, which involves plastic bottles being collected from recycling bins before being separated by type and color and then ground into small chips and melted into sheets of raw material and fibers.

“Our research dealt with the decomposition of various polymers of plastics,” says Prof. Ariel Kushmaro of BGU’s department of biotechnology engineering.

The lead researcher in this project was Prof. Alex Sivan, who started working in this field 20 years ago, when the world’s research on the biological decomposition of plastics was in its infancy.

“We started from the understanding that biodegradation is derived from the microorganism’s requirement for an energy and carbon source,” says Kushmaro.

“For that, they break down organic matter––carbon chains, like sugars and even proteins. We thought because plastic, polyethylene, and PET were also made up of carbon chains, we would prepare a kind of ‘enrichment culture’––soil that was contaminated over the years with plastic or PET with its original bacterial population.”

The obvious obstacle is that polyethylene is considered a non-biodegradable substance due to its highly stable carbon-carbon bonds. Thus, its bacterial decomposition must be manually facilitated in a laboratory.

“Along with the bacteria, we added the material that we wanted them to break down and let them work for a few weeks. After several attempts, we saw a microorganism that grows and utilizes polyethylene as a carbon and energy source. These are the bacteria that can handle the polymers,” Kushmaro explains.

“We understood that in order for the bacteria to biodegrade the carbon bonds in the plastic polymers, it had to be grown in a carbon-free environment, so that the bacteria had no other choice but to consume the only available carbon in the plastic to survive,” says Kushmaro.

“Of course, for the purpose of the process it is not enough to just supply the bacteria with carbon chains. We had to give them all kinds of additives, like sources of nitrogen and phosphorus to make it easier for them to perform decomposition.”

“We showed that within 30 days, 10 to 20 percent of the soil’s weight was lost just through the decomposition activity performed by the bacteria, which emitted carbon dioxide in the process of respiration,” Kushmaro reveals.

Ecoibéria, which specializes in recycling PET bottles, recognized the potential of Kushmaro’s and Sivan’s research and approached BGN Technologies. The collaboration will involve laboratory tests in Israel regarding how the bacteria are able to break down PET and if the intermediate byproducts can be separated and used as raw materials for the plastic industry.

If so, there will be another round of investment in the pilot. If the pilot is ultimately successful, then it will take at least two to three years of additional research before this technology can be applied in an industry setting.

“Today, if you want to recycle efficiently, you have to separate water bottles from milk bottles and shampoo containers and more. The need to separate all types of plastic from each other is what makes the process so complex,” says Dr. Noam van der Hal, who researches microplastics at the University of Haifa.

“In fact, it is very difficult to recycle plastic products to the same quality level and properties they had originally. Today, instead of recycling a bottle back into a bottle, we recycle it into a playground floor, a bench, or building material. Therefore, it is not recycling in the full sense of the word.”

According to Kushmaro, the product obtained in the biological decomposition is the original raw material.

“What we are trying to produce together with Ecoibéria is a process where the same PET chips will break down into the source materials so that the product can be sold in its original raw material form. The idea is that microorganisms or enzymes will break down the molecular polymer chains in order to extract the clean raw materials from the mixture and reproduce the PET as conventional industry practices would.”

Will the new process be economically viable? According to Kushmaro, biodegradation is much cheaper than thermal or chemical processes of recycling, giving it a competitive edge in the raw materials market.

“They are looking at holistic solutions that can improve recycling. This is also related to environmental trends in the European market, where there is encouragement to invest in ‘green’ projects that will reduce environmental pollution. Our research is part of this welcome trend.”