Plastic bags for supermarket shopping, foam boxes for express delivery, snack boxes for order takeout... It seems that these objects that people come into contact with every day have become intimate partners in daily life. But at the same time, how to solve the "white pollution" has always troubled people. On the one hand, there is a mountain of undegradable plastic waste, and on the other hand, there is an urgent need to restrict and ban plastic. The contradiction between the two has not been eased until the emergence of polylactic acid, which can be the replacement of plastics in many applications. 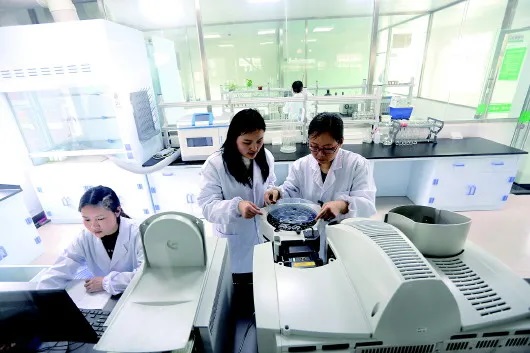 Mr. Qiao from Anhui BBCA shares that the degradation of PLA products does not produce micro plastics, which can directly return to the ecosystem without secondary pollution to the environment. At the same time, it can also promote the traditional plastic industry to realize the transformation of new and old kinetic energy and the transformation and upgrading of green production. More importantly, with degradable ecological plastic products, the problem of "white pollution" of plastics can be eliminated from the source.

At present, the main raw materials of PLA are corn and tapioca. Apart from consuming part of energy in production, other links will not increase carbon dioxide emissions. After returning to the field, PLA can be directly absorbed by plants, which is a complete carbon cycle.

According to the introduction, under the condition of high temperature composting, taking poly lactic acid membrane bag as an example, the degradation can be completed in half a year. If it is a kind of foam compost, the fastest degradation will take only 3 months.

As a matter of fact, in the face of challenges such as the rising consumption of plastic products brought about by new formats such as e-commerce and takeaway, the national development and Reform Commission and the Ministry of ecological environment jointly issued the "Opinions on Further Strengthening the Control of Plastic Pollution" in January last year, specifying the period of "plastic ban" and "plastic limit". At the same time, we should promote the application of alternative products and models, standardize the recycling of plastic waste, and facilitate people's life.

Mr. Qiao admitted that although the plastic limit has been discussed for more than ten years, the effect has not been obvious because there is no substitute for plastic products. Now with PLA, the next task is to increase the production capacity output of PLAand promote it in a certain scale as soon as possible.