Adding sugar to drinks is also a changing business 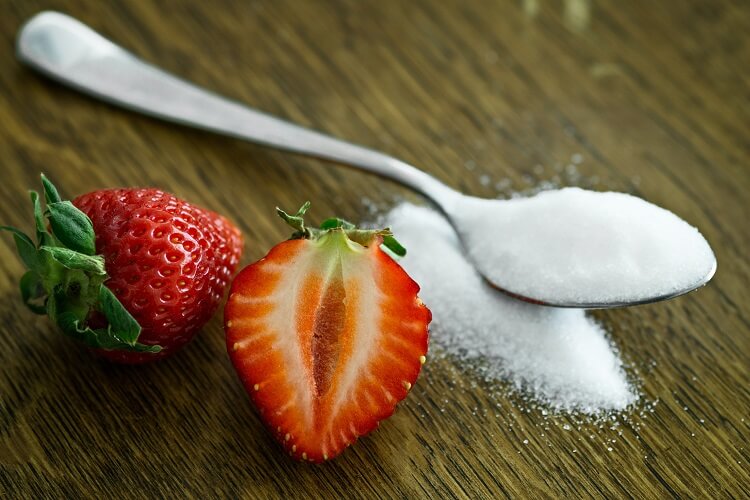 The changing of public’s attitude towards sugar

2000 years ago, Indian doctors said that sugar "not only provides nutrition, but also makes people fat.".

Like probiotics in the 1930s and multivitamins today, the sugar industry association advocates that sugar is a healthy food. However, after the world war, in the United States, sugar has been regarded from a good medicine to make people fat and sick.

At that time, the United States government was annoyed that a group of young people were dismissed because of tooth decay. So when the U.S. Department of justice sued the Sugar Industry Association for controlling market prices, the government sat back and watched. The sugar industry association lost the lawsuit and was forced to dissolve, followed by anti sugar public opinion.

The American Medical Association believes that "obesity has become the number one health problem for Americans.". As dieting became popular in the United States, a new low calorie food and beverage industry emerged - zero calorie soda, low calorie cola and all kinds of sugar free snacks.

In order to fight back, the sugar industry association planned a $1.8 million promotion plan for three years.

The sugar industry has even set up a new non-profit organization, the Sugar Research Foundation of America. This organization is dedicated to guiding the public's understanding of sugar, funding and collating sugar related research, and finding evidence that sugar is beneficial to the human body. Growers, refineries and processors, in turn, contribute $1 million a year to support their operations.

At that time, their propaganda strategy came from two nutrition hypotheses. One is that obesity is caused by undifferentiated excess energy; The other is that hunger comes either from hypoglycemia or from the central nervous system sensing a lack of available glucose.

These two hypotheses are not supported by experimental data. But as far as publicity is concerned, it does work.

People have come to believe that if you want to limit calories, then not just sugar, all foods should be limited. And sugar is valuable in all types of diet, whether you want to lose weight or not. Sugar was even packaged as a sharp tool to lose weight.

The sugar industry has not only reshaped public awareness of sugar in terms of health, but also convinced public health agencies and the federal government. This paved the way for them to make money for the next 25 years, winning the post-war market.

Sugar or sugar substitute, which one is better?

One is a non caloric artificial sweetener, and the other is a high caloric natural sweetener. Originally, for people who want to lose weight, this question is not difficult to choose. But the public's perception was quickly muddled.

When low calorie drinks and foods were just emerging, in the 1960s, the American sugar industry struggled to maintain the status of sugar in healthy diet, and did not forget to attack its direct opponent, sugar substitute.

When the government and industry associations are still discussing: sugar and sugar substitute, which is better? The sugar industry has brainwashed the public through advertising. Saccharin, for example, is a sweetener extracted from coking coal, which is not only nutritious, but also harmful to health.

The U.S. Food and Drug Administration (FDA) was pushing the pure food and Drug Act. The act bans the addition of dangerous preservatives to processed foods and the inclusion of addictive and unsafe ingredients in drugs. The sugar industry took advantage of this opportunity. Can the benefits of weight loss offset the potential cancer and other side effects? FDA, which pays more attention to safety, quietly stands on the side of sugar industry.

In addition to the public relations war, the sugar industry, which has overcapacity, has publicly announced that it will continue to expand the use of sugar in the industrial market and diversify its products, such as detergents, water purifiers and tobacco industries. Secretly, the sugar industry uses evidence to drive competitors out of the market.

Over the next 10 years, sodium cyclamate was once removed from the market, and saccharin was branded as a potential carcinogen.

In fact, artificial sweeteners like abbasite and acesulfame have been widely used for more than half a century. Sucralose and erythritol have been put into production for decades. As long as it is within the normal range of consumption dose, the safety can be guaranteed.

But once prejudice is formed, it is difficult to change, even if the evidence against it is constantly emerging, people will turn a blind eye to it. Saccharin, for example, was removed from the list of carcinogens in 2000. And we still have a dispute about saccharin.

Not only saccharin, but also all kinds of sugar are facing similar marketing difficulties. People are afraid of sweeteners made in the laboratory.

Sugar substitute can keep the sweetness and lower the heat. However, whether long-term consumption will cause disease remains controversial in academic circles. In 2019, Dr. Joerg J. meerpohl of University of Freiburg pointed out in a study that artificial sweeteners have no health benefits. But there's no evidence of any harm.

Or, as food columnist Daniel engeber says, the fear of sugar may come not from scientific evidence, but from a sense of fatalism - every happiness has its consequences.

Sugar substitutes are becoming a trend

The growing global obesity problem has given sugar a bad reputation. Sugar substitutes are not only more easily accepted by people who are worried about their weight, but also cheaper than sugar.

According to this price to sweet ratio, China consumes about 5million tons of sugar per year in addition to the industrial use of sugar to extract ethanol. This part is directly facing the consumer market, and the sugar is only taken by 5%, which is also a 10 billion level market.

To get rid of sucrose, sugar substitutes have to find a way to become the preferred additive for low calorie foods, especially for low calorie beverages. About 60% of the sales of high power artificial sweeteners come from beverages.

As Coca Cola's sugary carbonated drinks become less and less marketable, it also gets a taste of sweetness from sugar substitutes.

On the one hand, governments have been levying sugar taxes. Coca Cola made the decision as early as 2011. It also promised the British government that it would reduce the heat in soda. On the other hand, market research data show that consumers' demand for low calorie drinks and food is increasing year by year.

Since 2018, Coca Cola has launched nearly ten new sugar reducing products in a row. Since the second quarter of the year, Coca Cola's low sugar and sugar free carbonated drinks have grown by 12%. Of the 20 best-selling products in the entire product line, 18 are low sugar or sugar free.

In the past five years, this trend has also appeared in China's beverage market. Yuanqi forest, a new consumer brand, starts the market with low sugar gas and water. When tmall 618 in 2019, its beverage sales once exceeded Nongfu Shanquan and Coca Cola. It uses sugar substitutes, such as erythritol.

In the past, when looking for alternatives to sugar, scientists either extracted it from nature or synthesized it artificially, hoping to find sweeteners with higher sweetness and lower calories. The idea hasn't changed. They gradually reduce the sugar content of food and drink, and retrain your taste.

In the past few years, they have explored a new way to change the structure of sugar itself. Douxmatok, an Israeli food technology company, enhances the sweetness of sugar by attaching sugar molecules to carriers of specific taste buds and reduces the sugar content of food by up to 40%.

The only good way to reduce sugar intake is to eat less sugar. But out of instinct, few people can completely refuse the sweet temptation. Sugar substitutes are solving this dilemma.