What’s the Difference: Biodegradable and Compostable? 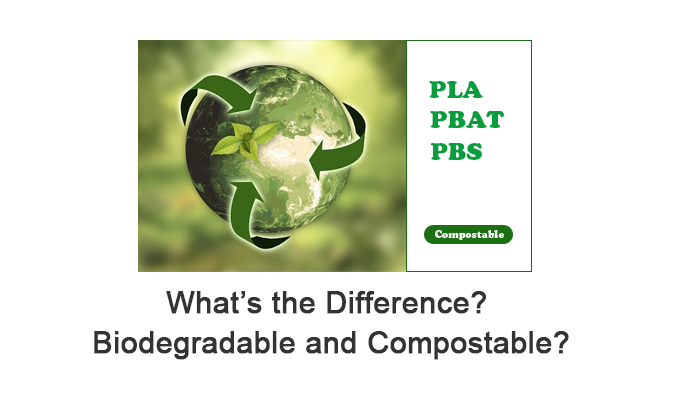 We often see the word ‘biodegradable’ on some products that we buy, such as soap and shampoo. But what does it actually mean? Anything biodegradable will break down quickly and safely into mostly harmless compounds. But what makes a substance biodegradable? Anything that is plant-based, animal-based or natural mineral-based product is usually biodegradable.

However, they will break down at different rates depending on the original material it’s made out of and how much it has been processed. According to the American Society for Testing and Materials (ASTM), biodegradables are anything that undergoes degradation resulting from the action of naturally occurring microorganisms such as bacteria, fungi, and algae. Although quickly is not defined, biodegradable products are broken in way less time than non-biodegradable products like plastic for instance. Biodegradable objects can be much more than plants, as most people assume. It can be papers, boxes, bags, and other items that have all been created with the ability to slowly break down until they’re able to be consumed on a microscopic level.

The ASTM defines compostables as anything that undergoes degradation by biological processes during composting to yield CO2, water, inorganic compounds and biomass at a rate consistent with other compostable materials and leaves no visible, distinguishable or toxic residue.

So What’s the difference between Biodegradable and Compostable?

Looking at the definitions of both terms it’s pretty understandable why they are so easily confused but there’s a difference.

Although biodegradable materials return to nature and can disappear completely they sometimes leave behind metal residue, on the other hand, compostable materials create something called humus that is full of nutrients and great for plants.

In summary, compostable products are biodegradable, but with an added benefit. That is, when they break down, they release valuable nutrients into the soil, aiding the growth of trees and plants.

Why is knowing the difference so important?

While biodegradable items refer to just any material which breaks down and decomposes in the environment, compostable goods are specifically organic matter which breaks down, the end product having many beneficial uses which include fertilizing and improving soil health.

Most importantly compostable items don’t leave toxic residue behind because it’s already organic. Unlike compostable, certain biodegradable products can take several years to break down and in some cases even leave toxic waste behind.

Plant based plastics for instance are often labelled as biodegradable. While they are meant to break down more easily than regular plastic and be safer for the environment, if the right environmental factors are not present it might take just as long as regular plastics.

While biodegrading is totally dependent on the products being exposed to the right amount of moisture and temperature, compostable products will break down easily despite external environmental factors.

When in comes to recycling, the terms biodegradable and compostable dominate in popularity and can cause confusion. Concern raised by the compost industry, which was faced with materials that claimed to be biodegradable or compostable, led to the development of the European Standard EN 13432 which lays down criteria for what can or cannot be described as compostable and what can be called biodegradable. The US Standard ASTM D6400-99 also sets out similar standards.

Many items that are labeled as “biodegradable” are not accepted by composting facilities because they take too long to break down and/or will not decompose entirely, disrupting the composting cycle. However, materials that meet either the European or US Standard will break down effectively in virtually all composting systems.