In UV curable products, photoinitiator is one of the key components, which can absorb radiation energy and produce a reactive intermediate (free radical or cation) with the ability to initiate polymerization after process of chemistry. 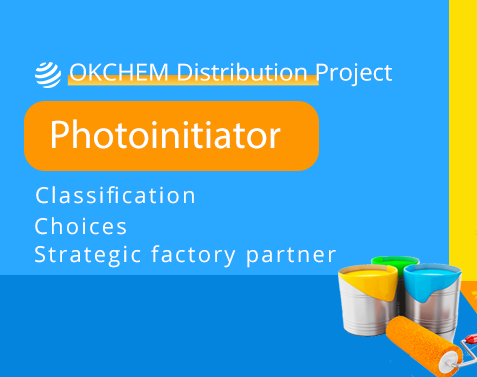 Whether the photoinitiator can effectively initiate the polymerization reaction in the UV curable product and finally achieve the required performance depends on the coordination of the photoinitiator system, irradiation conditions and product components. Therefore, it is particularly important to select the corresponding photoinitiator according to its own production process and product formulation.

Light sources are mercury lamps, LED lamps, induction lamps, metal halide lamps, etc. Among them, mercury lamps are the most widely used, with emission spectrum of 200-450nm; LED lamps are widely used in low-energy curing projects, with emission wavelengths concentrated in 365/375/385/395/405nm. UV-LED light source is a curing equipment that has developed rapidly in recent years. It is popular because of its energy saving, environmental protection, and no damage to the substrate. Therefore, more and more attention is paid to the selection and use of photoinitiators in UV-LED curing. Therefore we should choose an initiator with greater absorption of the spectrum according to the emission spectrum of the light source.

In colored systems, especially dark systems, the pigment itself absorbs part of the ultraviolet light energy, causing the ultraviolet light can’t penetrate the paint film. And the deep photoinitiator cannot absorb enough energy to initiate polymerization, which ultimately results in poor deep curing. That means poor adhesion or even surface wrinkling, affecting the appearance and physical and chemical properties of the paint film.

3. Selection of photoinitiators with requirements of yellowing

In some varnishes and white systems, yellowing resistance is an important indicator. In addition to choosing resins and monomers with good yellowing resistance, the yellowing of photoinitiators should also be avoided as much as possible. If there are substituents such as N-dimethylamino in the conjugated structure of the photoinitiator, the yellowing tendency is generally higher. Also the presence of such substituents in the active amine structure will also lead to aggravated yellowing.

Good solubility is an important prerequisite for adding photoinitiator to the system. The better the compatibility, the more stable the system formulation. In recent years, more and more water-based coatings have been used, and water-based UV has also received much attention. At present, there are only a handful of products with greater solubility in water on the market.

When considering a photoinitiator, we should choose those with low odor, low toxicity, good thermal stability, and not easy to volatile and migrate, as well as compliance with local laws and regulations.

To find more photoinitiator products, you can refer to

If you want to join us to be the partner for Shenzhen Youwei for its photoinitiator product, please contact us at info@okchem.com, or click here make the application online directly.