It took a pandemic to get many consumers to finally believe in the power of digestive health. Science shows that abundant, flourishing good gut bacteria promote a healthy immune system by staving off pathogens, such as foodborne microorganisms and viruses. It’s no wonder that foods designed to promote digestive health are forecast to be one of the hottest food categories in the coming year. 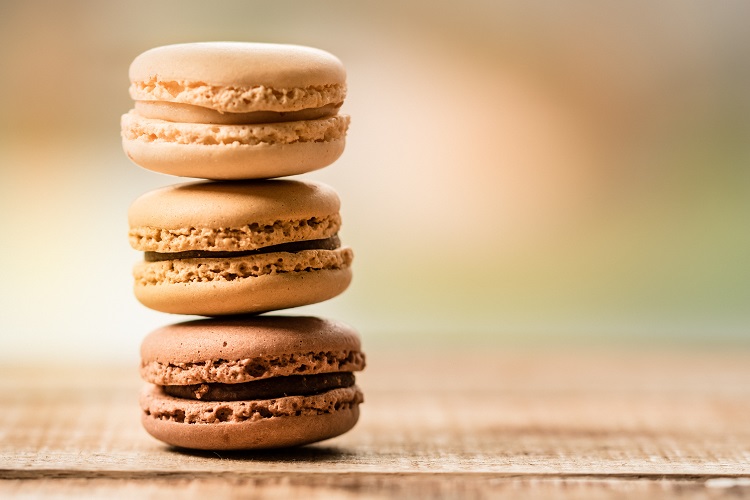 “Ongoing anxiety stemming from the COVID-19 pandemic is continuing to push consumers toward prioritizing their immune health,” said Lu Ann Williams, global insights director, Innova Market Insights. “Immunity-boosting ingredients will play a significant role for the coming year, while research and interest in the role of the microbiome and personalized nutrition as ways to strengthen immunity will accelerate.”

Through its OutsideVoice consumer insights platform, ADM identified digestive health specifically related to the gut microbiome as one of five consumer trends expected to emerge in 2021. A quarter of global consumers suffer from digestive health issues, and half said it has a moderate to severe impact on their overall health, ADM found.

“The underlying driver of this consumer interest is the acknowledgement that health begins with the products we consume, and consumers are trying to be more proactive in their health,” said Mark Rodhe, global segment leader, human health, DuPont Nutrition & Biosciences. “With health beginning in the gut and emerging science on the broad implications of the gut microbiome, consumers are looking for solutions that can impact their microbiome and have a positive effect on their health and well-being.”

Uplift Foods, New York, recognized this growing trend even before the pandemic and launched Gut Happy Cookies in April 2020. Developed by dietitians, these 100% plant-based and high-fiber sandwich crème cookies include a proprietary blend of four diverse prebiotic-rich ingredients — lupini beans, tigernuts, tapioca fiber resistant starch and kiwi fruit — along with 1 billion colony-forming units of probiotics. The golden whole kiwi fruit powder is sourced from New Zealand and provides a scientifically proven blend of flavonoids and fiber that exert a prebiotic effect in the gut, according to the company.

As consumers gain awareness of how their guts impact their health, formulators need to understand the world of the microbiome and how to encourage its flourishing with bakery and snack products.

Trillions of bacteria inherently reside in the gastrointestinal system. This microbial community — the microbiome — has distinct physio-chemical properties that help regulate an array of bodily functions. These healthy gut bacteria are often supplemented through the consumption of probiotics, live microorganisms, most often lactic acid bacteria, which when consumed in adequate amounts, are believed to help create a better-balanced microbiome.

Over the past decade, probiotics have gone main-stream, albeit not within the baked goods segment because of limited availability of heat-resistant strains. Prebiotics, on the other hand, which are the fuel for probiotics, are perfectly poised for application in baked goods. Prebiotics are frequently equated with dietary fibers, but only a subset of dietary fibers qualify as prebiotics. Further, according to the broad scientific definition from the International Scientific Association for

Probiotics and Prebiotics (ISAPP), prebiotics need not be forms of dietary fiber.

“There are very few fermentable fibers, so-called prebiotics, that specifically nourish the beneficial bacteria being naturally present in the intestinal tract, ensuring their optimal development,” said Anke Sentko, vice president regulatory affairs and nutrition communication, Beneo. “The promotion of growth of these beneficial bacteria includes the natural production of healthy metabolites to nourish the gut.”

Postbiotics are an entirely new category of functional ingredients. They do away with the need to add probiotics by being the healthy metabolites that the microbiome produces, the compounds that possess the actual health benefit and are necessary for metabolism. This category includes an array of enzymes, peptides, organic acids, fatty acids and more.

“Postbiotics are the new kids on the block,” said Justin Green, director of scientific affairs, Cargill Health Technologies. “However, while consumer awareness is still in its infancy, this emerging health ingredient has a lot to offer the immune and gut health space. Postbiotics provide increased stability and consistency as compared to the more familiar probiotics.”

The ISAPP published a consensus definition of postbiotics at the end of 2020. The definition — a preparation of inanimate microorganisms and/or their components that confers health benefits on the host — is designed to clear up ambiguities in the relatively new term.

This definition essentially says that postbiotics are deliberately inactivated microbial cells or cell components, either with or without their metabolites, that provide a health benefit, according to Colin Hill, professor of microbiology, University College Cork, Ireland, who spoke at a recent Naturally Informed virtual event on the immunity and wellness market.

As with the definitions of probiotics and prebiotics, the ISAPP consensus on postbiotics states that use of the term must be linked to a health benefit. The definition includes the word “preparation” because the inactivation process and matrix may play a role in the functionality of the microbial biomass that comprises the postbiotic. The term “inanimate” was specifically used in the definition, rather than more common terms such as inactive or inert, which may suggest being ineffective.

“Postbiotics are a relatively new concept with increasing popularity,” Ms. Sentko said. “Because postbiotics are not live, they may be more stable and have a longer shelf life than live, active probiotics. Postbiotics may not require strict production or storage conditions to keep them alive but may have other challenges. For example, they need to reach their target organs like a drug delivery. Additionally, regulatory approval processes covering safety and efficacy need to be investigated.”

ADM recently introduced a postbiotic made by heat-treating its BPL1 probiotic strain. It targets metabolic health through reduction in waist circumference and reduction tendency in abdominal visceral fat.

“The postbiotic can be added at any stage of the formulation process in bakery and snack applications, as it is more tolerant to harsh processing conditions than probiotics,” Ms. Lin said.

Cargill’s postbiotic is a whole food ingredient, meaning nothing is extracted or purified. The fermentation broth is simply dried and made into heat-stable powder.

“Our whole food fermentate is made through a natural, proprietary process that creates a unique fingerprint of metabolites,” Mr. Green said. “More than a dozen published studies support its health benefits, supporting the immune system and beneficially modulating the gut microbiota.”

“The recommended dose is just 500 milligrams per day, making it easy to formulate into a wide variety of baked goods, snack bars and other foods,” she said. “It brings a rich, brown color and unique molasses flavor to formulations and pairs well with ingredients like chocolate, vanilla and dark red fruits.”

Based on the scientific consensus definition, any prebiotic compound candidate must be shown to act as a substrate for health-promoting microorganisms in the gut or elsewhere. In addition, its beneficial physiological effect on the host should depend, at least in part, on microbes using the compound.

Inulin and oligofructose are the only plant-based prebiotics available on the market, according to Ms. Sentko. Chicory root fiber is the most common source.

“As a soluble fiber, inulin is very easily used in any type of bread product to increase fiber and add proven prebiotic and digestive health benefits,” Ms. Sentko said.

Ingredion markets short-chain fructooligosaccharide (scFOS) prebiotic fiber, which has a clean, slightly sweet flavor that lends itself well to sweet goods. It is highly soluble in water, which makes it easy to use.

“It is easy to incorporate into a variety of baked goods, including cookies, pastries, bars and more,” said Chris Thomas, project leader, technical service. “The scFOS is not recommended for use in yeast-leavened baked goods though, because the yeast may use it as a food source, thereby reducing its nutritional benefit.

“The best way to incorporate scFOS prebiotic fiber into an existing recipe is a 1:1 replacement of part of the sugar,” he continued. “It readily goes into solution, similar to sugar, and it does not contribute to viscosity.”

Digestion-resistant maltodextrin is a soluble corn fiber that acts as a low-calorie bulking agent in baked goods. It too can be used with minimal formulation adjustments.

“This prebiotic fiber makes it possible to increase soluble fiber in baked goods without sacrificing on the quality of the finished product, including aroma, flavor or texture,” Ms. Lin said. “It is well-tolerated by consumers, as it ferments in the colon at a slower rate than other prebiotic fibers.”

ADM’s soluble corn fiber can be used in the same way as any standard sugar or syrup in bakery applications, making it easy to adjust to.

“It can also be used as a sugar substitute or in reduced sugar recipes, and it works in the same way that a baker may cream sugar or honey,” said Olivia Rhode, global snacks lead at ADM.

Polydextrose is another prebiotic fiber. It is not hydrolyzed by human digestive enzymes and passes intact to the colon where it is fermented slowly and consistently throughout, thus mediating its effect also in the distal colon where disease risk may be greatest, Mr. Rodhe explained.

“It promotes the generation of short chain fatty acids, including acetic, propionic and butyric, of which the latter two have specific documented health benefits,” he said. Cereals, pseudo-cereals and pulses are important sources of dietary fiber. Some cereals include soluble fiber types with prebiotic activity.

Prebiotic ingredients can also be extracted from cereal grains in more concentrated formats.

“In some cases, enzyme technology comes into play in converting building block fibers from cereals into more functional prebiotic forms, such as the conversion of arabinoxylans to arabinoxylo-oligosaccharides,” Mr. Wolt explained.

Whether pursuing pre- or postbiotic ingredients or a combination of both, formulators have avenues to improve the profile of their baked goods or snacks while also giving consumers’ immunity a boost.