Home > Industry News > Suez Canal is open again, but impact of Ever Given saga will be felt for some time

Suez Canal is open again, but impact of Ever Given saga will be felt for some time

While traffic has now resumed through the crucial waterway, experts say the weeklong maritime jam could have long-lasting repercussions.

The mammoth cargo ship is free and the Suez Canal is open again. 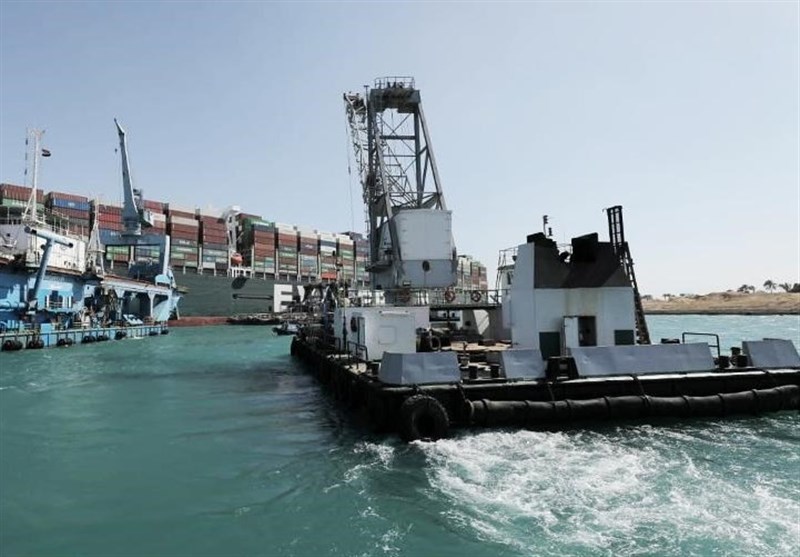 But while traffic has now resumed through the crucial waterway, experts say the weeklong maritime jam could have long-lasting repercussions.

It has already held up $9 billion in global trade a day and further strained supply chains that were already burdened by the coronavirus pandemic.

The Ever Given saga left more than 400 vessels, carrying everything from crude oil to cattle, piled up on either end of the canal as they waited for the stranded container ship to be refloated.

It’s expected 140 of them will pass through the waterway on Tuesday after 113 did so overnight, the canal authority said.

Barring any unforeseen circumstances, the backlog could be cleared within a week, said Laleh Khalili, an international politics professor at Queen Mary University of London.

But that’s not where the delays will end.

There is likely to be congestion at European ports where many of the ships are headed, Khalili added. That bottleneck could last several months, Jan Hoffmann, an expert with the United Nations Conference on Trade and Development, said at a news briefing Tuesday.

Port backlogs will then determine when containers on the delayed ships can be emptied before being refilled with other goods bound somewhere else.

“Today’s four- or five-day delay is a four or five-day delay — in a couple of weeks time — for someone else trying to move a box from elsewhere,” said John Mangan, professor of marine transport and logistics at England’s Newcastle University.

Recent months have seen a significant spike in global freight rates as both production and consumption rebounded from their pandemic lows as the global economy began to recuperate, Mangan said.

That means any delays will come at a significantly higher cost.

Some goods on the delayed ships may also now be spoiled or time-constrained — intended to arrive by Easter, this Sunday, for example — and could thus be worthless.

“The timing of this is absolutely horrendous,” Mangan said. “The only thing worse, I guess, would be if it had happened maybe at Christmas time.”

Insurance and legal claims from companies whose vessels have been delayed and whose shipments have been disrupted are likely to rumble on for some time to come, according to maritime arbitrator Jeffrey Blum.

“I reckon we won't see the end of this for several years yet, because the knock-on effect is so vast,” Blum said.

Europe and Asia are in line to be most affected by the consequences of the blockage, said Michael Roe, emeritus professor of maritime and logistics policy at England’s University of Plymouth.

The impact on the United States would likely be limited and indirect, he said.

However, some goods crossing through the canal may have been destined for ports in the northeastern U.S., Khalili said.

U.S. manufacturing that relies on components produced in places affected by the Suez blockage could also be touched.

“Because of the global nature of supply chains, things manufactured in the U.S. will take spare parts from Europe, and vice versa,” Mangan said. “We call it ‘supply chain contagion’ — the idea of an effect in one place very quickly impacting another location.”

That issue was clearly on some minds in the White House as news broke of the Ever Given being refloated.

"Just another reminder of how imperative it is to ensure the resilience of our supply chains going forward," the director of the National Economic Council, Brian Deese, said on Twitter.

About 12 percent of global trade goes through the Suez Canal, which allowed nearly 19,000 vessels last year to pass between the Mediterranean and the Red Sea.

A triumphant Egyptian President Abdel Fattah al-Sissi said that the incident had drawn global attention to the importance of the waterway, a vital corridor between Europe and Asia that helps shorten voyages and speed up trade.

"We didn't hope for something like this, but fate was doing its work. It showed and reaffirmed the reality and importance" of the canal, Sissi said as he greeted staff on a visit to the canal authority on Tuesday.

While Egypt's strongman leader sought to celebrate with the eyes of the world on his country, others spied an opportunity.

The incident had highlighted the safety of Russia's Northern Sea Route and its "reliability in comparison to alternative routes," Moscow's energy ministry said Monday.

While the latest saga could force a rethinking of how global shipping works, experts say the world’s reliance on the canal is unlikely to change any time soon.

“I think this is an unfortunate temporary blip from which lessons should be learned, but I don’t think it's going to change the way shipping happens,” Blum, the maritime arbitrator, said.

However, the fallout from the blockage does warrant some “reckoning,” Khalili said, with shipping authorities likely to re-evaluate ways in which bigger ships transit through the canal.

Rather than waiting for it to be cleared, dozens of vessels opted for an alternate route around the Cape of Good Hope at Africa’s southern tip — a 3,000-mile detour that could take 10 days to three weeks longer to complete, potentially adding to the delays.

Analysts are split over whether that was a good idea, but the detour at least gave some certainty to shipowners while others were left at the mercy of an uncertain salvage operation.

While the incident may have been a “once-in-a-lifetime” event that was difficult for anyone to predict, the consequences on global shipping should not have caught the world off guard, Mangan said.

But with only so many routes for goods to be moved around the globe, he added, “Suez is going to be around for a long time.”