What is Sodium Acid Pyrophosphate (SAPP)?

The leavening acid, sodium acid pyrophosphate (SAPP) is an important component of double acting baking powder as well as self rising flour. SAPP reacts in stages and is desirable in baking applications for its slow action. 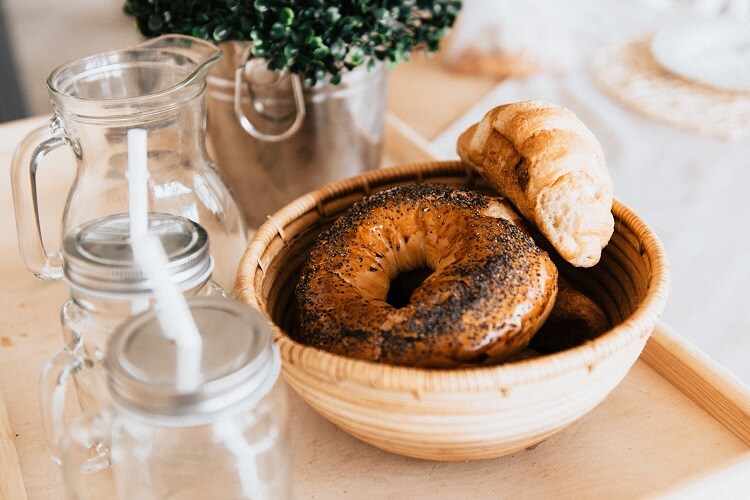 Initially, when moisture is added to form a dough, SAPP reacts with baking soda (sodium bicarbonate) to produce carbon dioxide gas. In fact, 22-40% of gas is released during this initial two minute mix. The remaining gas, over 50%, is released when heat is applied during the baking process.

In the eighteenth century and earlier, bakers relied upon yeast to leaven all baked goods. However, using yeast for leavening baked goods was tedious and bakers began to explore the use of chemical leavening systems. In 1846, baking soda was discovered as a leavening agent and that led to further discoveries of acids to react with baking soda, such as SAPP.

Commercially, sodium acid pyrophosphate was introduced into baking powder blends towards the end of the nineteenth century. SAPP is a preferred leavening acid because it is less expensive and stronger than other leavening acids introduced previously.

Leavening acids provide air and volume to the baked good structure, but also affect the characteristics of the dough. Besides reacting with baking soda to produce the gas carbon dioxide, these acids form ionic bonds with the starches and proteins in the dough.

SAPP dissolves readily to form the anion pyrophosphate which interacts with the proteins in a baked good system to provide a moist texture. Also, it provides a buffer system for the dough in the pH range 7.3-7.5, which influences the color of the baked product.

21 grams of sodium and 28 grams of phosphorus are present in 100 grams of SAPP.

Currently, there is no known natural method for the production of SAPP.

Because SAPP is slow acting and does not react quickly with baking soda, it is the most commonly used leavening acid for self rising flour for the home baker. Per 21 C.F.R. § 137.180(a) 2018, self rising flour must contain enough leavening acid to neutralize the baking soda, but the combination of both can not exceed 4.5 parts per 100 parts flour.

Because SAPP can have a slight bitter taste, it’s important  to use sufficient baking soda in applications as well as use this leavening acid in combination with sugary goods such as doughnuts and cakes. Cake doughnuts are an important application for SAPP, where initial gas production is necessary for buoyancy in a fryer system. Also, SAPP is useful for cakes, where initial gas production is necessary for consistency of pan fill.

Other non-bakery food applications of SAPP include use as a chelating agent for processed potatoes, an emulsifying agent in cheeses and a curing accelerator in processed meats.

In the United States, SAPP is affirmed as a multipurpose Generally Recognized as Safe (GRAS) food substance when used in accordance with Good Manufacturing Practices . (21 C.F.R. § 182.1087 2018).

Although, USDA allows the use of the synthetic ingredient SAPP in certified organic products (7 C.F.R. § 205.605 (b)), FDA considers a food product misbranded if a food has the label claim “All Natural”, but contains SAPP. In 2014, they issued a warning to a bakery using SAPP in a product labeled “ALL NATURAL.”

If you want to purchase food grade phosphate products, please contact us at: