Making plastic materials out of biomass instead of crude oil and natural gas offers a number of environmental benefits, but these so-called bioplastics tend to underperform in a few key areas. Scientists at the University of Akron may have found a solution to one such shortcoming, engineering a new form of PLA plastic that can be used to contain boiling liquids.

Superior strength and flexibility are a couple of things conventional plastics offer over plastics made from biomass, as is stability when subjected to high temperatures. Recently, we looked at a breakthrough from a team of scientists in Japan, who used natural materials as the building blocks for a plastic with the highest heat resistance on record, and this latest study again pushes the envelope in terms of what these bioplastics can do.

The University of Akron team focused on a common form of bioplastic called polylactic acid (PLA), which is cheap to produce and a popular choice for things like food packaging and plastic bottles and utensils. Where it runs into trouble, however, is when it encounters high temperatures.

“PLA is the world’s foremost 100 percent biobased and fully compostable polymer,” says Dr. Ramani Narayan, distinguished professor in Michigan State University, who is not an author of this study but whose work focuses on the development of bioplastics. “But it has low toughness and a low heat distortion temperature. It softens and structurally collapses around 140 °F (60 °C), making it unusable in many hot food packing applications and disposable containers.” 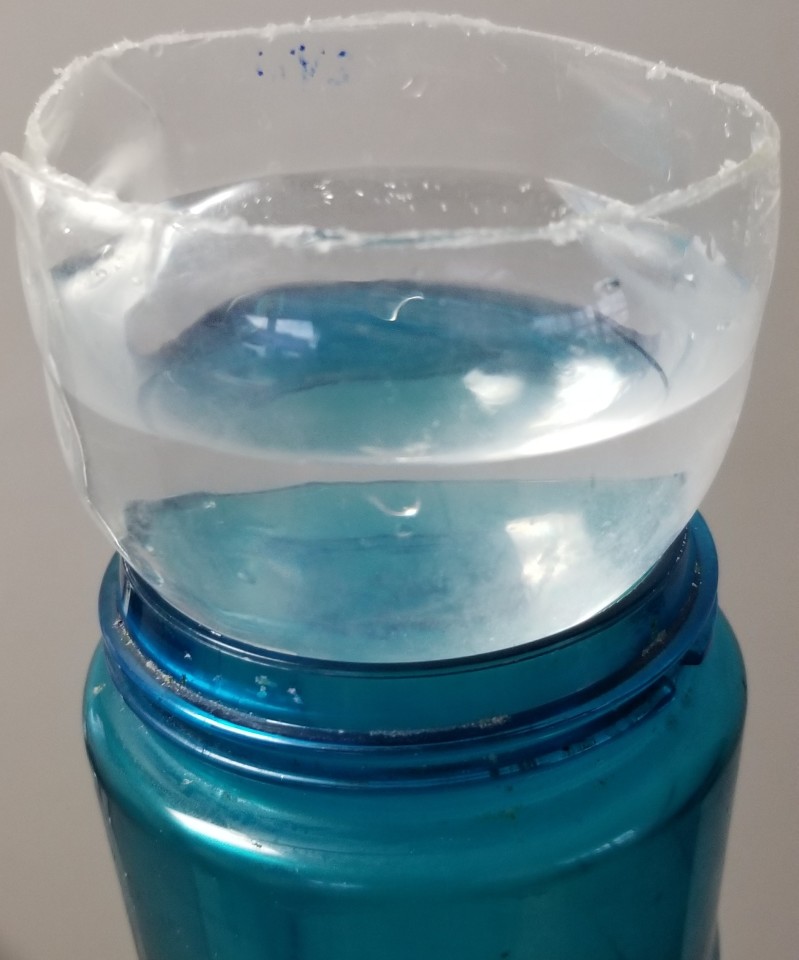 Above image is the prototype PLA cup developed by Kumho Polymer Science Professor Shi-Qing Wang, Ph.D., is transparent and super tough, and does not shrink when filled with boiling water.

Led by Dr. Shi-Qing Wang, the University of Akron team has taken aim at this problem by reimagining the intricate structure underlying PLA plastics. Wang likens this to a bunch of spaghetti, with the chain-like molecules making up the plastic representing the individual noodles.

The toughness of the plastic is tied to how intertwined these noodles are. By tweaking the way crystals form and limiting them to nanoscale in size, the scientists were able to create a highly interwoven “chain network” of these noodles, which would enable someone to pick up almost a full bowl of them using a pair of chopsticks, according to the team.

The upshot of this technique was a PLA plastic that is tough, clear and heat resistant, and which was fashioned into a prototype cup that could be filled with boiling water without shrinking, degrading and turning opaque. The team says such a cup could be used as more environmentally friendly options for hot tea and coffee, for example.

While bioplastics degrade faster, use less energy to produce and have a smaller carbon footprint than petroleum-based plastics, there are still question marks over certain aspects of the material. These include the availability of facilities to properly dispose of it and also its safety, with a recent study finding that bioplastics contain just as much toxic content as regular plastic.

In any case, our problem with plastic pollution isn’t going away anytime soon, so having more options on the table in terms of how we produce it could prove valuable to efforts to minimize its environmental impact. The team has filed a patent for its technology, and hope it can help widen the appeal of PLA plastics.

“The impact of our new understanding could finally stimulate the PLA market to grow exponentially,” says Wang.

The research was published in the journal Macromolecules.