The third session of the 13th National People's Congress (NPC) opens at the Great Hall of the People in Beijing, May 22, 2020. 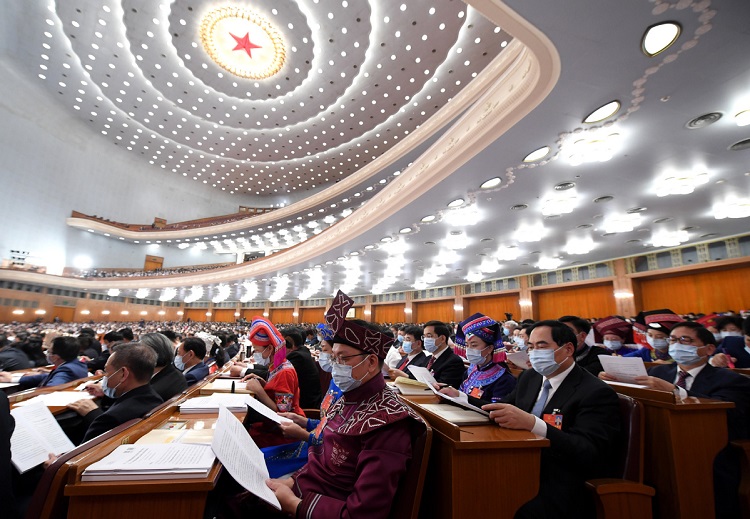 China will further stabilize foreign trade and actively leverage the role of foreign capital, according to a government work report submitted to the national legislature for deliberation on Friday.

China will significantly shorten its negative list for foreign investment, while a negative list will also be drawn up for cross-border trade in services, said the report delivered by Premier Li Keqiang at the opening meeting of the annual national legislative session.

New pilot free trade zones and integrated bonded areas will be established in the country's central and western regions, the report said.

China will focus on quality in the joint pursuit of the Belt and Road Initiative, firmly safeguard the multilateral trading regime and actively participate in the reform of the World Trade Organization, said the report.