From the chemical point of view, sugars are a kind of important organic compounds widely distributed in nature. Daily consumption of sucrose, starch in food, cellulose in plants and glucose in human blood all belong to sugars. In terms of molecular structure, sugars can be defined as polyhydroxy aldehydes, polyhydroxy ketones, their condensates and their dehydrated condensates.

According to whether it can be hydrolyzed and the products after hydrolysis, sugars can be divided into monosaccharides, oligosaccharides (disaccharides are the most important) and polysaccharides. 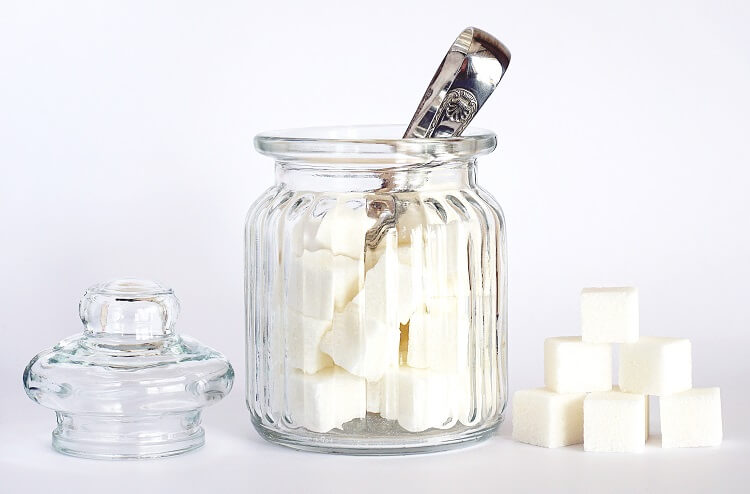 Monosaccharide: it can not be hydrolyzed into simpler sugars, including glucose, fructose and galactose.

Oligosaccharides: 2-10 moles of monosaccharide can be produced after hydrolysis of each mole of sugar. Disaccharides (disaccharides) are the most important, and the common disaccharides include sucrose, maltose and lactose.

Polysaccharide: each mole of polysaccharide can be hydrolyzed into many moles of monosaccharide, such as starch and cellulose.

In Daily life, sugar generally refers to the crystal of organic compounds with sweet taste and soluble in water, that is, monosaccharide and disaccharide. The most important one is sucrose in disaccharide. Sucrose exists in most plants. Sugar beet and sugarcane are the most abundant. The white sugar and brown sugar that we usually eat are sucrose.

In general, sugar includes not only these sweet substances, but also odorless starch, cellulose and other polysaccharides. Sugar in this paper refers to the narrow concept of sugar, namely, sugar, mainly sucrose.

2. When we talk about sugar reduction, what kind of sugar are we reducing?

Before answering this question, let's take a look at the definition of sugar in the recommendations of WHO and China.

In the World Health Organization's 2014 updated guidelines on sugar intake for adults and children, it is recommended that free sugar intake be reduced to less than 5% of total energy intake. According to WHO's explanation in the World Health Organization bulletin, the "sugar reduction" proposal here only focuses on free sugar, excluding sugar in whole fruits and vegetables. Sugars in fruits and vegetables are called endogenous sugars. These sugars are wrapped by a layer of plant cell wall, digest more slowly, and take longer to enter the bloodstream than free sugars. According to the definition of who, free sugar refers to monosaccharide and disaccharide added to food by manufacturers, cooks or consumers, plus sugar naturally existing in honey, syrup and juice.

In the "Healthy China Action (2019-2030)" issued in 2019, it is pointed out that the daily intake of added sugar (mainly sucrose, i.e. "white sugar" and "brown sugar") per capita in China is about 30g, among which the intake of children and adolescents deserves high attention. It is suggested that the daily sugar intake of adults should not be higher than 25g, that consumers should be encouraged to reduce their sugar intake, and that food producers and operators should use natural sweeteners and sweeteners permitted by food safety standards to replace sucrose. It can be seen that the "sugar" in sugar reduction advocated by our country refers to the artificial addition of sugar, the most important is sucrose.

Although the definitions of sugar reduction in WHO and China's policies are not exactly the same, we can still draw a common conclusion: sugar usually refers to artificial refined sugar, of which the most important is sucrose, including white sugar, brown sugar, etc. Sugar reduction advocated in various policies mainly refers to reducing the intake of artificial refined sugar such as sucrose.

For the sugar industry which produces artificial refined sugar, it mainly uses sugarcane and beet as raw materials to produce sucrose. China is a big country of sugar production and sugar consumption. As an important raw material of sweet food, sucrose (mainly white granulated sugar) widely exists in all kinds of packaging products. In addition to biscuits, bread, drinks and other products with obvious sweet taste, puffed food, spicy bar and other salty and spicy snacks also contain white granulated sugar.

2. What is sugar substitutes or sweeteners?

In recent years, with the intake of high sugar energy diet, the rates of diabetes, overweight, obesity and dental caries are increasing. People gradually realize the harm of excessive intake of sugar to the body. But millions of years of adaptation to the environment has shaped the genetic structure of human beings, and people's preference for sweetness is engraved in their evolutionary genes. Although we know that eating sugar is not healthy, but eating sugar can reduce stress and bring relaxation and pleasure, so most people are still difficult to give up sweets.

On the one hand, it is the awakening of people's health consciousness and the pursuit of healthy lifestyle; on the other hand, it is difficult for people to get rid of the temptation of sugar on taste buds. Therefore, the demand for sugar substitutes, which can not only meet people's less sugar intake, but also satisfy people's taste, arises at the historic moment.

Sugar substitutes, more accurately, should be called sweeteners, which can endow food with sweetness, low energy or no energy. Sweeteners can not only meet the consumers' demand for sweet taste, but also have no high energy of sugar and will not raise blood sugar rapidly. Therefore, they have become the substitutes of sugar and are more and more widely used in food and beverage.

Although there are disputes about the safety of sweeteners, with the progress of production technology and R&D technology, new sweeteners with good taste and higher safety are gradually applied, and early sweeteners with low safety will continue to withdraw. In China's National Food Safety Standard for the Use of Food Additives (GB2760) - In 2014), the varieties of sweeteners allowed to be used, the scope of use and the maximum amount of use are specified. It is safe to use sweeteners according to relevant regulations and standards. Later, we will analyze the characteristics and development status of various sweeteners.

4. What is sugar in consumer end’s common concept?

For consumer end consumers, sugar consumer goods can be divided into two categories: one is the candy that can be eaten directly for leisure snacks, such as the brown sugar ginger tea made by Yun Geng Wu and the functional sugar of buff; The other is the solid sugar or syrup that can be directly added to drinks and food, or the sugar used for home cooking and baking. This kind of sugar is commonly used in countries with traditional home baking such as Europe, America and Japan.