Home > Industry News > The global sweetener market expected to reach $27.9 billion in 2026, and the compound annual growth rate of stevia will reach 8%

The global sweetener market expected to reach $27.9 billion in 2026, and the compound annual growth rate of stevia will reach 8%

According to the latest report of Valuates Reports, by 2026, the global natural sweetener market is expected to grow from $22.49 billion in 2020 to $27.94 billion, with a compound annual growth rate of 3.7%. The increasing use of zero-calorie sweeteners in many foods, especially beverages, has further promoted the growth of the natural sweetener market. 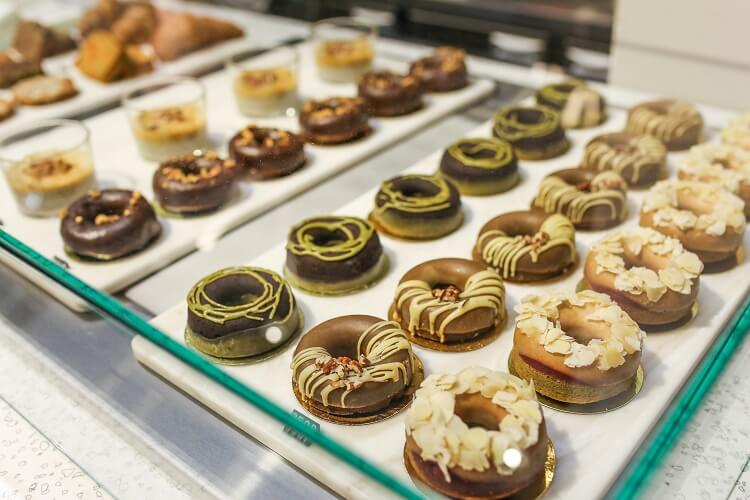 Concerns about the adverse effects of excessive sugar intake (such as weight gain, diabetes, blood pressure, and heart problems) are increasing, forcing consumers to choose low-calorie sugar substitutes. In addition, with the advancement of technology and research and development, manufacturers can produce high-quality natural sweeteners at a lower cost, which has also increased consumers’ acceptance of natural sweeteners, thereby promoting the growth of the natural sweetener market. increase.

In the next few years, the North American market is expected to occupy the world's largest market share of natural sweeteners. The advantage of the natural sweetener market in North America is attributed to the increase in sports and the generally high calorie intake of consumers in the region. Increased awareness. In addition, on special occasions and holidays (such as birthdays, Christmas and Halloween), the consumption of sweets and chocolate has increased, which has also increased the growth of the natural sweetener market in the region. The Asia-Pacific region will usher in the highest market growth rate. This rapid growth in the Asia-Pacific region is due to changes in consumer preferences. As consumers pay more and more attention to maintaining weight and following scientific dietary habits to maintain their health, the natural sweetener market in this region is expected to have abundant growth opportunities.

Stevia is a natural zero-calorie sweetener that does not cause tooth decay and increased blood sugar. It has many potential health benefits, especially in maintaining normal blood sugar and blood pressure, and controlling weight. In addition, it also has many characteristics that are convenient for application, such as enhancing flavor, having antioxidant properties to prevent food fermentation and discoloration, reducing the viscosity of beverages and having high heat resistance, and it can also be used as a natural stabilizer. Therefore, it is used as a sugar substitute in many foods and beverages and has become one of the most popular sweeteners.

The worldwide increase in diabetes and cardiovascular diseases and the surge in obese people have driven the demand for stevia-containing products that will be more suitable for obese and diabetic patients. In addition, the expansion of distribution channels such as online shopping, supermarkets and convenience stores has made stevia table candy easy for consumers to buy, which in turn drives the growth of the stevia market. At present, stevia is widely used in the fields of food and beverage, pharmaceuticals, animal feed, cosmetics and personal care. In terms of form, the powder form has the highest share in the stevia market. In addition to its ease of application, this form is highly soluble and has a longer shelf life, so it is more popular than other forms of stevia. From a regional perspective, the Asia-Pacific region has the highest market share. In Asian countries such as Japan, stevia has been used as a key ingredient in food and beverages and dietary supplements for many years.

China is the main exporter of stevia extracts, and stevia has been the most exported variety of Chinese plant extracts for many years. According to customs data, in the first half of 2020, my country's export volume of stevia leaf extract still reached 130 million U.S. dollars, unaffected by the epidemic.

By 2027, the global polyol sweetener market is expected to reach 9.3 billion US dollars, with a compound annual growth rate of 6.4%. Consumers’ preference for low-calorie foods and people’s growing attention to health issues such as diabetes, obesity and heart disease are expected to stimulate the development of the industry.

Polyols are sugar derivatives produced by fermentation or hydrogenation from biological waste. They are also known as sugar alcohols and are widely used in food, pharmaceuticals, cosmetics and other chemical fields. Although sugar alcohol is not sugar, it has the sweet taste of sugar and does not corrode teeth. It has no effect on the rise of human blood sugar level. It has high stability to acid and heat. Therefore, it is used as a sweetener for sugar-free and low-sugar Food.

Powdered polyols dominate the market, accounting for more than 75.0% of total global polyol sales in 2019. Polyols in the form of powdered sugar can be used in the manufacture of various foods, such as candies, snacks, and baked goods. Because of their ease of handling, transportation and storage, and a long shelf life, they will grow steadily during the forecast period. Polyol sweeteners in liquid or syrup form have high water solubility, which is very useful for pharmaceutical and nutraceutical formulations. The growing consumer demand for natural sugar substitutes is expected to drive demand for liquid sugar alcohols, especially in beverage applications.

The Luo Han Guo market is expected to grow rapidly during the forecast period. The global momordica grosvenori market was USD 39634 million in 2019 and is expected to reach USD 53217 million by 2026, with a compound annual growth rate of approximately 4.3%. With numerous health benefits, the market may gain greater traction in the coming years. Innovations in packaging formats for retail use may prompt the large-scale use of the product in households in the future.

In addition to its great advantages in blood pressure and blood sugar management, Luo Han Guo also has a certain relief effect on respiratory diseases including cough. In addition, it also has a high antioxidant content and a long shelf life. In terms of market, the Luo Han Guo market is divided into natural and organic markets. According to regions, the Luo Han Guo market can be divided into five main regions: Latin America, North America, Asia Pacific, Europe, and the Middle East and Africa. The North American region is expected to make the greatest contribution to the Luo Han Guo market. The European market will be one of the most profitable markets in the next few years, because consumers in this region have a great demand for natural zero-calorie sweeteners. The Asia-Pacific region, Latin America, and the Middle East and Africa markets will become regions with great potential. These markets have not yet been fully developed and there is a need for business expansion, especially the country of origin of Luo Han Guo.

If you want to join us to be the distribution or partner of our factory for food additives, such as dietary fiber and phosphates products, please contact us at info@okchem.com, or directly check online to make the application.