Is salt reduction a market opportunity after sugar reduction in China?

According to the research data of inmate in 2019, 94% of Chinese urban consumers are trying to reduce their salt intake. Recently, Tmall supermarket released the life trend of "daily necessities and salt", which shows that the post-95 families eat 3 grams less salt per day than the post-85 families on average, and 30% of them use thin salt raw soy instead of edible salt. 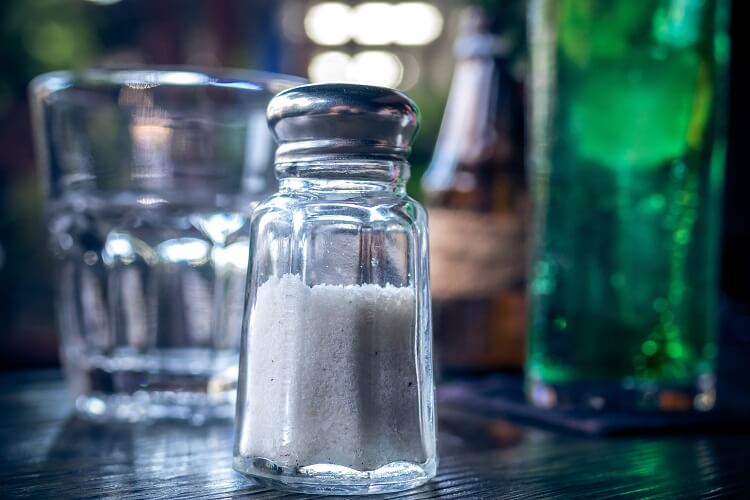 It seems that the living habits of light salt, less salt and less salt have formed a trend, which naturally attracted businesses and giants.

Why the less salt concept is gradually welcomed by the generation Z, represented by the post-95 generation?

The concept of excessive salt can lead to cardiovascular and cerebrovascular diseases and even death. However, before that, Chinese people were one of the countries with the highest salt intake due to eating habits and other reasons. Earlier, the World Health Organization suggested that the recommended daily salt intake per person should not exceed 5g, while China's per capita salt intake was as high as 10.5G / day, more than twice the recommended value.

For young people who are keen on health preservation, such health risks urge them to change their living habits and consumption patterns, and start to light, reduce and reduce salt.

Whether it's special research or personal life, we all find that if we eat too much salt, it is likely to make people's skin worse, body edema and uglier.

From this point of view, reducing salt intake has gradually become a kind of group rigid demand of Z generation, which pays attention to face value. Some media even wrote a special article saying, "eating salt is too changeable and ugly. People who love beauty have learned five ways to reduce salt", which directly links salt reduction with protecting their appearance.

3. The country is promoting salt reduction.

Previously, the State Council of China issued the action requirements of the national nutrition plan (2017-2030), which proposed to reduce the daily salt intake per capita by 20% by 2030.

In 2018, China proposed salt reduction strategy for food industry for the first time. In April of that year, the Chinese Nutrition Society and the Institute of nutrition and health of the Chinese Center for Disease Control and prevention jointly launched the "guidelines for salt reduction in China's food industry", which suggested that food enterprises, as practitioners of salt reduction, should achieve the goal of salt reduction by stages, and strive to continue to move down the average distribution of sodium content in various processed foods by 20% by 2030.

It is not difficult to see that salt reduction has become a consumption trend due to its own demand, platform strengthening, national promotion and joint efforts.

As early as 2010, Kraft food announced that it would reduce the average sodium content of North America by 10% in two years. In 2017, the salt content of Heinz ketchup, the most iconic product of kafheinz, was 40% lower than that of 30 years ago.

"Our dream is to make our ketchup, beans and soups all adopt the concept of 'no salt added'," said Janek Boggs, a former product development manager at kafheinz

In 2016, Nestle also announced a 10% reduction in sodium content for its products that do not meet Nestle Nutrition standards.

In China, the most eye-catching performance is the soy sauce giant. Haitian, Li Jinji, June fresh, Jiajia and other soy sauce brands have made the label of reduced salt, light salt, low salt, thin salt and other products. When promoting these products, these enterprises will specify the amount of salt reduction and emphasize the ability to maintain the freshness of products.

In addition to soy sauce giants, more food businesses are reducing salt. For example, there is a new brand of pickles, which uses light salt and relatively refreshing pickles to meet the needs of young people. They are packaged as snacks and sold through online and offline channels.