The year of 2020 saw the explosive development of degradable plastic materials in China. More and more enterprises entered into this industry. In this article, we make a comparison of of PLA and PBAT in terms their raw materials, performance, applications, production capacity and price.

PLA is bio based, while PBAT is fossil based.

The monomer material of PLA is lactic acid. It usually grinds corn and other shell crops, extracts starch from them, and then makes starch into unpurified glucose. Then, glucose was fermented in a way similar to beer or alcohol production, and finally lactic acid monomer was obtained through purification process. Lactic acid is then polymerized into polylactic acid via lactide.

PBAT poly (butylene terephthalate adipate) is a kind of petrochemical based biodegradable plastics, which comes from petrochemical industry. The main monomers are terephthalic acid, butylene glycol and adipic acid.

PLA is like PP in general plastics, which can be used in injection molding, extrusion, blow molding and blistering. PBAT is more like LDPE, which is suitable for film bag packaging.

PLA is a light yellow transparent solid with good thermal stability. The processing temperature is 170 ~ 230 ℃, and it has good solvent resistance. It can be processed in many ways, such as extrusion, spinning, biaxial drawing, injection blow molding. Similar to PP and similar to PS in transparency, pure PLA can not be used to directly prepare products. Although PLA has high strength and compression modulus, it is hard but poor in toughness, lack of flexibility and elasticity, easy to bend and deform, and poor in impact and tear resistance. PLA is usually modified before it can be used to prepare degradable products, such as disposable tableware, straw and so on.

PBAT is a semi crystalline polymer. The crystallization temperature is usually around 110 ℃, the melting point is about 130 ℃, and the density is between 1.18g/ml and 1.3g/ml. The crystallinity of PBAT is about 30% and the shore hardness is above 85. PBAT processing performance like LDPE, can use similar process for blowing film. The mechanical properties of PBA and PBT have good ductility, elongation at break, heat resistance and impact resistance. Therefore, PBAT is usually modified for degradation products, mainly to meet the performance requirements of products and reduce the cost.

Although PLA and PBAT have different performance, they can complement each other! PLA can supplement the stiffness of PBAT film, PBAT can improve the flexibility of PLA, and jointly complete the great cause of environmental protection.

At present, most of the applications of PBAT materials in the market are membrane bag products. PBAT modified materials are mostly used for blowing film and making bags, such as shopping bags. 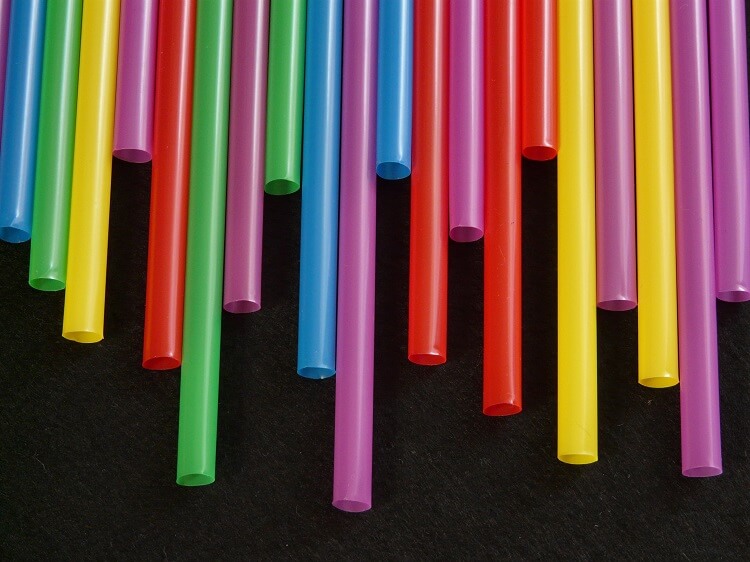 In contrast, in China, the raw materials for PBAT production are easy to obtain, the production technology is more mature, and the capacity of PBAT and the capacity under construction are more. However, due to the fluctuation of raw material BDO price, the differential energy release time of PBAT may be extended. At present, the price of PBAT is still cheaper than PLA. As shown in the table below, PBAT is currently under construction + planned according to the production capacity of phase I, plus the original production, there may be 2.141 million tons of production capacity in 2021.

The above is the general comparison of the two materials. Some people think that PLA will be the mainstream in the future. Although the price of PLA is very high, it belongs to bio based degradation materials. Some people think that PBAT will be the mainstream, because considering that PLA mainly comes from corn, whether the problem of corn supply can be solved. Although PBAT is petrochemical based, it will have some advantages in raw material source and price.