With concerns mounting over how to contain coronavirus in the U.S., lawmakers in Maine voted March 17 to delay implementation of their plastic bag ban until next year. 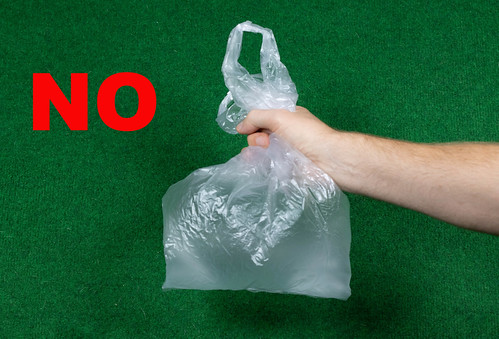 The decision, part of large package of emergency pandemic measures in that state, comes as a few elected officials around the country are pushing to delay or halt other single-use plastics bans, arguing that reusables pose more risk of spreading the virus.

Maine's single-use plastic bag ban had been set to start April 22, but Gov. Janet Mills, a Democrat, announced a series of actions March 17 that included delaying the ban until January 15, 2021. The law also requires retailers to charge a fee of 5 cents on recycled paper or reusable plastic bags.

"These emergency measures will support the state's response to the coronavirus and mitigate its spread in Maine," Mills said.

Maine's decision comes as some large corporations like Starbucks have taken steps to temporarily halt accepting reusable containers from customers over hygiene concerns.

It's too soon to say if Maine's actions would be followed by other states. A few state legislatures, including Maryland and Washington state, had been moving ahead on plastic bag bans in recent days.

But as the virus has spread, political figures in other states have been pushing action similar to Maine's.

In New York, the top Republican in the state Senate urged the legislature on March 10 to suspend the plastic bag ban that went into effect March 1.

"It is time to protect New Yorkers from the continuing spread of coronavirus by taking the additional steps of suspending the plastic bag ban and saying no to policies — at this time — that could lead to any additional cases," said Republican Sen. John Flanagan, minority leader of the Senate, in a statement.

He said New York has among the highest number of coronavirus cases in the U.S. and criticized Democrats, who control the chamber, for advancing other bills in committee that call for more reusable containers. Enforcement of New York's bag ban has been delayed until April 1, pending a legal challenge unrelated to the virus.

A handful of cities are also phasing back single-use plastics bans or discussing it.

Brookline, Mass., for example, announced March 16 that it was suspending its ban on expanded polystyrene containers to ease the burden on restaurants, after the town banned all dine-in service in eateries.

As well, the mayor of the small town of Waterville, Maine, urged the city March 15 to temporarily suspend a ban on plastic bags it passed last year, as well encourage retailers to ban shoppers from using bags brought from home.

"These reusable tote bags can sustain the COVID-19 and flu viruses — and spread the viruses throughout the store," said Mayor Nick Isgro, on his Facebook page. "Be assured this is not to re-litigate our current ordinance. … This should be seen as a temporary public safety measure."

"It's increasingly evident that plastic bags are indispensable in helping citizens get the food and goods they need and preventing the transmission of germs, bacteria and viruses," he said. "There is ample scientific research concluding reusable bags can contribute to the spread of bacteria and viruses, and now more than ever state and local governments need to take every step possible to ensure people of are safe and healthy."

But organizations advocating for reusable packaging say properly washed reusables are as safe as disposables.

The Rockport, Maine-based group Upstream said in a March 17 statement that single-use disposables can also harbor viruses and pathogenic bacteria acquired along the supply chain, and it said the crisis points to the need for stronger reusable systems.

"In parts of the world, companies have already developed reusable to-go services for take-out and food delivery," Upstream said. "These businesses provide clean, sanitized reusable cups and to-go containers to restaurants and cafes."

It said that Starbucks and other businesses "are rightly focused on how to keep us all safe. But when the coronavirus passes, plastic pollution will continue to be a huge environmental problem."

It's too early to say if Maine's actions will be followed by other states and cities, but some analysts are saying that the coronavirus could put a short-term halt to plans by consumer product companies to reduce their plastics use.

"Concerns around food hygiene due to COVID-19 could increase plastic packaging intensity, undoing some of the early progress made by companies towards a circular economy," said a March 12 report from consulting firm BloombergNEF.

But it suggested any change is likely to be temporary: "In the long term, we do not expect this increased demand to have a significant impact on either plastic demand or circular economy goals."

The firm said there are signs that companies like Starbucks may temporarily reverse circular economy goals around single-use plastics. It said thin films made from low density polyethylene are among the products seeing increase in demand.

The report also noted increased demand for surgical masks made from polypropylene and other materials. But it said masks make up a small portion of total demand for those polymers.

It noted that global plastic packaging sales have been on a general downward trend in recent years, falling from a high of a little over $50 billion in 2012 to a little more than $40 billion in 2018.

Some companies have unveiled substantial goals to cut virgin plastics. PepsiCo Inc., for example, last year said it wanted to reduce virgin plastics used in beverage packaging by one-third by 2025.

The BloombergNEF report said it's too soon to make definitive predictions around the virus and packaging, though.

"While there is no data yet on how COVID-19 has impacted packaging demand, the combination of small reductions from sustainability initiatives and a temporary increase in thin film packaging should keep revenues flat, or up slightly," it said.

"Overall, we do not expect this period to affect our global long-term forecasts for plastics or the circular economy goals of major companies," the report said, although it noted uncertainty.

"If increased hygiene measures periods extend beyond the summer, some companies could push back the timelines for reaching their packaging goals, especially in Asia, where consumer demand for sustainable packaging was already weak," it said.

Those who argue for rolling back bans on single-use plastics say research points to health risks from reusables.

A 2014 review of plastic bag life cycle impacts from the Clemson University School of Packaging reported that reusable bags can result in significant transfer of bacteria like coliform from bags to food, and it said the vast majority of consumers don't wash reusable bags enough to counteract that.

For example, it reported a case in Washington state that traced a norovirus outbreak among nine members of a soccer team to a reusable bag.

As well, a study from the University of Arizona and Loma Linda University in California, underwritten by the American Chemistry Council, found that consumers don't wash reusable grocery bags enough and that they can be "a breeding ground for dangerous food-borne bacteria and pose a serious risk to public health."

But the science around these studies is sometimes disputed.

The original study, from researchers at the University of Pennsylvania law school, said that emergency room visits and deaths related to foodborne illness spiked in the city after the bag ban started, and it argued that health risks of the bag ban "are not likely offset by environmental benefits."

But San Francisco's public health officials shot back in a 2013 analysis. They argued that the underlying emergency room data did not support the conclusion that banning plastic bags resulted in either a significant jump in gastrointestinal bacterial infections or deaths from foodborne illness.

The health department criticized the university study methodology for using hospital emergency room data, which it said is limited, instead of the broader public health registry maintained by the department, which it said did not support the Pennsylvania study's conclusions.

It said the research they used measuring potential food illness deaths was "completely invalid as evidence for their argument about reusable bags."

The health department report, however, said it's plausible that reusable bags that aren't regularly cleaned could cause gastrointestinal infections.