Why are sea freights skyrocketing recently? 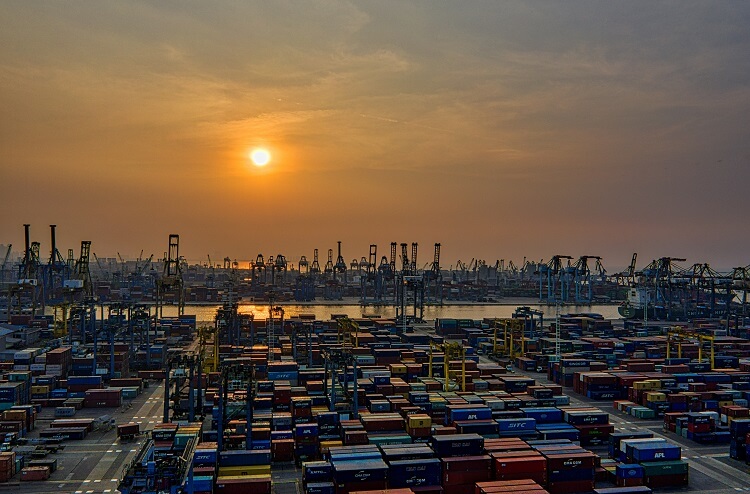 Since October, from India to South America, to Southeast Asia, to Europe, to North America, etc., global sea freights have skyrocketed. Even after one night, the freight has doubled.

What are the reasons for the skyrocketing sea freights?

With the outbreak of COVID-19 abroad in April and May 2020, many overseas products, especially food products, are no longer imported to China, which has caused containers to be stocked in overseas ports and containers in China are in extreme shortage.

According to data from the China Container Industry Association, every three exported containers can only return one to China. There is a serious shortage of domestic containers, and a large number of empty containers are hoarding overseas, which has caused a port congestion.

Meanwhile many large shipping companies guessed that Chinese export volume would drop sharply and reduce the shipping capacity because of COVID-19 in China at the beginning of 2020.

After COVID-19 has been controlled, the Chinese export volume surged. Containers and shipping capacity cannot be supported, and the sea freights are soaring. 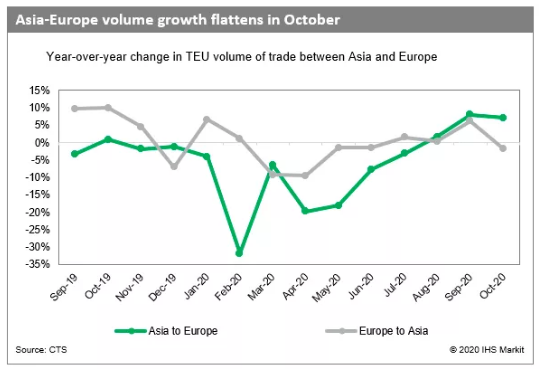 The severe weather and congestion in the northern European ports have caused serious delays in the hub port of Hamburg. CTA report shows that the yard has been overloaded and the detention time of containers is increasing. Contargo reported that due to continued congestion, the handling of barges in Rotterdam and Antwerp was delayed by 24 to 32 hours. The low water level of the Rhine further restricted the transfer of containers and extended the turnaround time of empty containers. 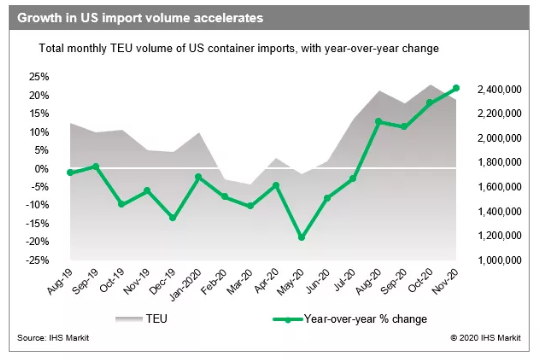 The surge of imported goods has taken up all terminal space in Los Angeles and Long Beach ports. Congestion is spreading to the East Coast and Gulf of Mexico ports. Congestion and equipment shortages will last at least until in February.

The rebound in foreign trade has promoted a rapid rise in the demand for container. At the same time, import and export quarantine has led to a decline in logistics turnover efficiency, a large number of containers are stranded overseas, and there is a structural shortage of containers worldwide.

When will sea freight return to normal?

Recently, Maersk announced that it has imposed a new peak season surcharge (PSS) in Europe and East Asia from December to 2021, applicable to refrigerated cargo from the Far East to Northern and Southern European countries. The surcharge will be $1000/20' reefer container, $1500/40' reefer container, and took effect on December 15 in China, on January 1, 2021 in China's Taiwan.

What’s more, major shipping giants, including Maersk and CMA CGM, have begun to introduce new FAK rates. Among them, MSC has adjusted rates since December 1, which means another wave of price increases may come.

So when will ocean freight rates return to normal?

It is said Textainer and Triton, among the world's top three container equipment leasing companies, have both stated recently that before mid-February in 2021, the supply and demand of containers will not be able to restore balance, and the shortage of containers will continue until after the Chinese Spring Festival in 2021. But European and American countries are still in a state of lockdown and vaccine development and promotion are not as expected. The situation after the Spring Festival is still unpredictable.