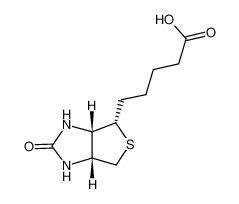 Biotin is a water-soluble B-vitamin (vitamin B7), formerly known as vitamin H or coenzyme R. It is composed of a ureido (tetrahydroimidizalone) ring fused with a tetrahydrothiophene ring. A valeric acid substituent is attached to one of the carbon atoms of the tetrahydrothiophene ring. Biotin is a coenzyme for carboxylase enzymes, involved in the synthesis of fatty acids, isoleucine, and valine, and in gluconeogenesis. Biotin deficiency can be caused by inadequate dietary intake or inheritance of one or more inborn genetic disorders that affect biotin metabolism (see multiple carboxylase deficiency). Subclinical deficiency can cause mild symptoms, whereas the inborn genetic disorders can have severe (even lethal) consequences. Neonatal screening for biotinidase deficiency began in the United States in 1984 and today many countries test for this disorder at birth. Individuals born prior to 1984 are unlikely to have been screened, thus the true prevalence of the disorder is unknown. Biotin-thiamine-responsive basal ganglia disease is another potentially life-threatening condition that requires biotin (and thiamine, another B vitamin) for treatment. Claims are made that biotin supplements support hair and nail growth, and so the vitamin is marketed for these indications. The nails data is from three trials without placebo controls, conducted with 2,500 micrograms/day. After six months, nails were thicker and less brittle in about 2/3 of the subjects (Hochman 1993, Colombo 1990, Floersheim 1989). 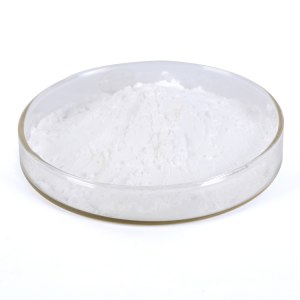 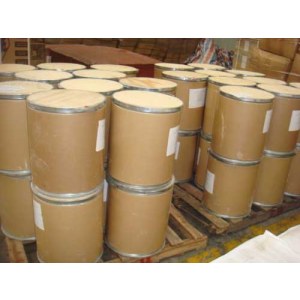